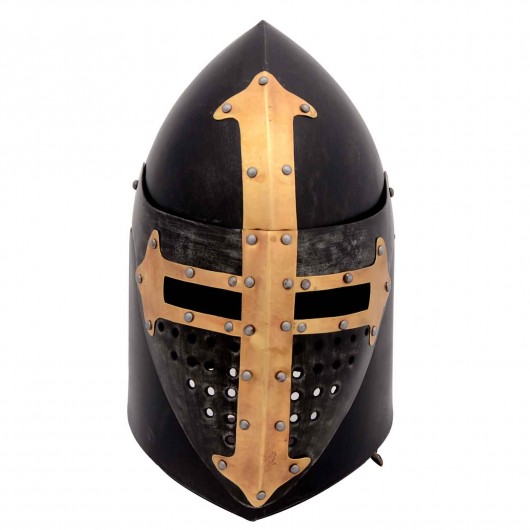 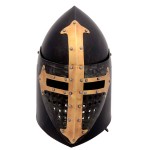 Price: $0.00 Prices, if shown, are suggested and indicative Retail price. They will vary in different countries and with different distributors. Please get in touch with your local distributor for correct pricing and current stock levels
SKU:AH4135D

The helmets of the 14th century are composed chiefly of a mixture of iron plate and chain mail. Among them, the visored bascinet with camail was much in vogue. It was made of three parts: the skull-piece, the visor, and the camail. The visor, which turned on side pivots, could be removed, so it allows the helm to be added to the knight defenses by placing it over the bascinet. However, this was not a rule, as the visored bascinet itself was sometimes used for war, instead of the helm. It is in this century that the beaked bascinet was also introduced. The rich knights and Kings could wear helmets with decorations ranging from velvet to gold and precious stones.