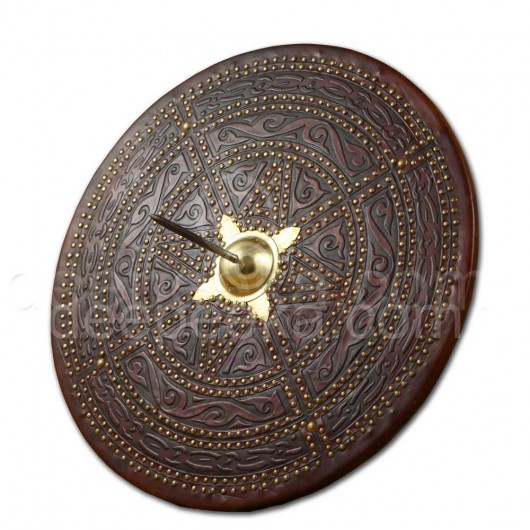 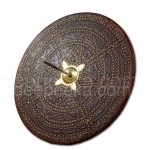 Price: $238.00 Prices, if shown, are suggested and indicative Retail price. They will vary in different countries and with different distributors. Please get in touch with your local distributor for correct pricing and current stock levels
SKU:PRH303

The Primus range represents the pinnacle of Deepeeka quality historical replicas. Each item of this signature line is developed from original design patterns in consultation with the museum staff who have direct access to the original pieces. Additional production development is done with assistance from American and European experts in the field. Only then are these pieces painstakingly created by the finest of Deepeeka’s skilled craftsmen. Final quality control is double checked to insure the strictest adherence to even the slightest of details. Deepeeka Exports is extremely proud and pleased to offer the Primus line as the culmination of years of continuing dedication to quality and historical accuracy in these fine products.
his Scottish Targe is really a piece of history!
1745/46 during the Jacobite uprising, a William Lindsay who was a shieldwright in Perth, Scotland made hundreds of targes for the army of Charles Edward Stuart. He made a distinction in price between an officer's targe and an ordinary targe. This excellent museum replica made by PrimusArms has a removeable central spike, which if mounted makes the shield become an evil weapon. It features a brass shield boss in the center, decorative brass rivets and beautiful celtic ornaments embossed in the leather. The Targe is manufactured with hand dyed natural leather which is fixed by brass rivets. Historical Period:- Most likely the original of our replica is was used during the Battle of Culloden in 1746, and taken south to London with the Jacobite prisoners. Inspiration:- It is now in the Museum of the Royal Armouries in The Tower of London, UK

Hand tooled natural dyed leather with brass details
Central iron spike unscrews for travel and would be replaced for a battle charge.

Historical Period: The Culloden Targe is named for the battle in which it was captured as a prize. The Battle of Culloden Moor was the final crushing blow to the Jacobite Rebellion of 1745. This was the final effort directed by Charles Edward Stuart, also known as "Bonnie Prince Charlie" or "The Pretender" to regain the throne of England for himself and his family.
It was believed that supporters of Prince Charles in England would rise to his cause; also that French troops would support his own Highland forces. This was not the case; as many as 2000 Jacobite troops were killed or wounded, while the Duke of Cumberland lost 300 or less supporting King George II.
The original of this shield was probably used by one of the soldiers from the Scottish Highlands, and may be seen at the Royal Armouries Museum in the Tower of London.