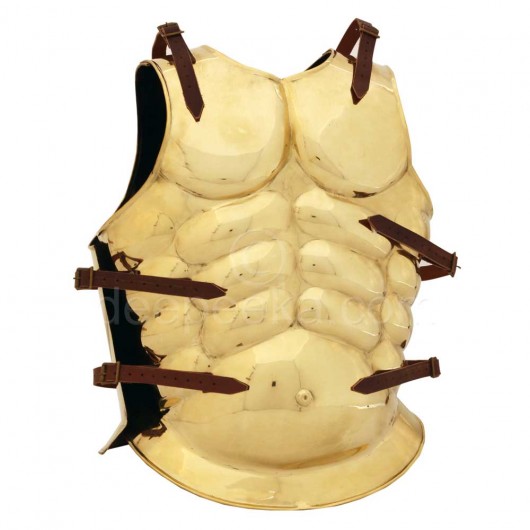 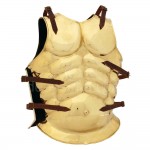 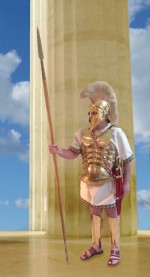 Price: $452.00 Prices, if shown, are suggested and indicative Retail price. They will vary in different countries and with different distributors. Please get in touch with your local distributor for correct pricing and current stock levels
SKU:AH6071B

Historical Period: In classical antiquity, the muscle cuirass[1] or heroic cuirass is a type of body armor cast to fit the wearer's torso and designed to mimic an idealized human physique. It first appears in late Archaic Greece and became widespread throughout the 5th and 4th centuries BC.[2] It is commonly depicted in Greek and Roman art, where it is worn by generals, emperors, and deities during periods when soldiers used other types.

This short cuirass brass with leather straps is styled after a heroic cuirass type of body armor cast to fit the wearer's torso and designed to mimic an idealized human physique.