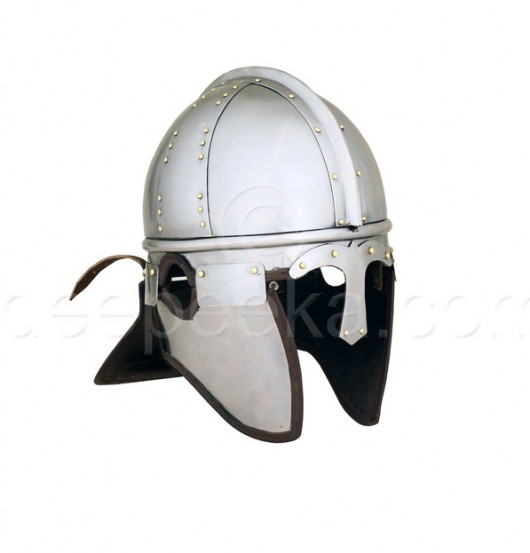 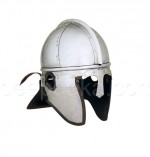 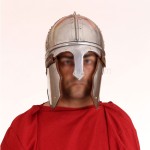 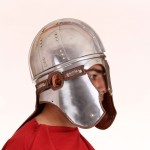 Price: $238.00 Prices, if shown, are suggested and indicative Retail price. They will vary in different countries and with different distributors. Please get in touch with your local distributor for correct pricing and current stock levels
SKU:AH6714N

The Late Roman ridge helmet was a type of combat helmet of late antiquity used by soldiers of the late Roman army. It was characterized by the possession of a bowl made up of two or four parts, united by a longitudinal ridge.

The earliest confirmed example of a Roman Ridge Helmet is the Richborough Helmet which dates from around 280AD. These helmets were sometimes highly decorated and covered in precious stones such as those found at Berkasovo and Deurne, It is thought that these helmets were mainly worn by cavalry soldiers but finds seem to indicate they were worn interchangeably between cavalry and infantry.
This late Roman Intercisa helmet is inspired by the Berkasovo helmet and is intended to be a simpler, soldier’s helm of this helmet type. These helmets are a clear departure from the earlier Gallic family of helmets. Many intercisa were quite simple in their construction, but others could be more enveloping, complex and protective - such as this example. The original example of this helmet is now in the Archeological museum of Florence, Italy.