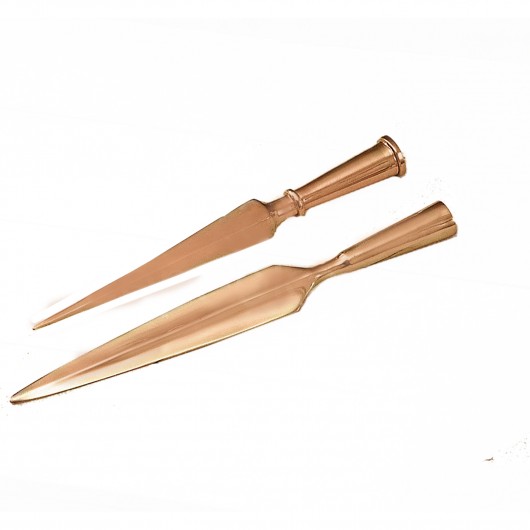 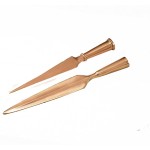 Price: $247.00 Prices, if shown, are suggested and indicative Retail price. They will vary in different countries and with different distributors. Please get in touch with your local distributor for correct pricing and current stock levels
SKU:AH6126

The spear is the main weapon of the warriors of Homer's Iliad.It has been suggested that two styles of combat are being described; an early style, with thrusting spears, dating to the Mycenaean period in which the Iliad is set, and, anachronistically, a later style, with throwing spears, from Homer's own Archaic period.

Historical Period: The dory or doru - pronounced "/dɒrʊ/" - (Greek: δόρυ) is a spear that was the chief armament of hoplites (heavy infantry) in Ancient Greece. The word "dory" is first attested in Homer with the meanings of "wood" and "spear". Homeric heroes hold two dorys. In Homer and in classical period the dory was a symbol of military power, possibly more important than the sword, as can be deducted from expressions like "Troy conquered by dory"