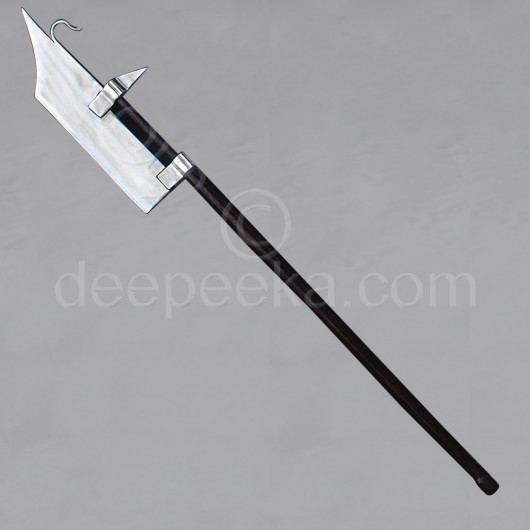 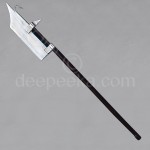 Price: $131.00 Prices, if shown, are suggested and indicative Retail price. They will vary in different countries and with different distributors. Please get in touch with your local distributor for correct pricing and current stock levels
SKU:AH3510M

The Lochaber axe is a type of halberd that was used almost exclusively in Scotland.The Lochaber axe is first recorded in 1501, as an "old Scottish battle axe of Lochaber fasoun".This replicated version is battle ready and can be used for costume dressing also.

The halberd or Swiss voulge was the favourite battle axe in Switzerland in the 14th century and throughout Europe, till the 16th and 17th century. The famous battle of Morgarten in 1315 was won by the Swissdue to these weapons, which were called "Vogue Suisse" at the time.
The Lochaber Axe is a brutal Scottish polearm with a wide axe-like head designed to cleave and hack apart a target to ferocious effect. The head swiftly terminates into a tapered tip well-suited for decisively thrusting into the target. Lochaber axes are characterized by their integrated hook and there is some debate as to whether the hook was used to dismount cavalrymen or was simply used to conveniently hang them on an armory wall. This example used in this replica is built robustly enough that it could function as an anti-cavalry tool.