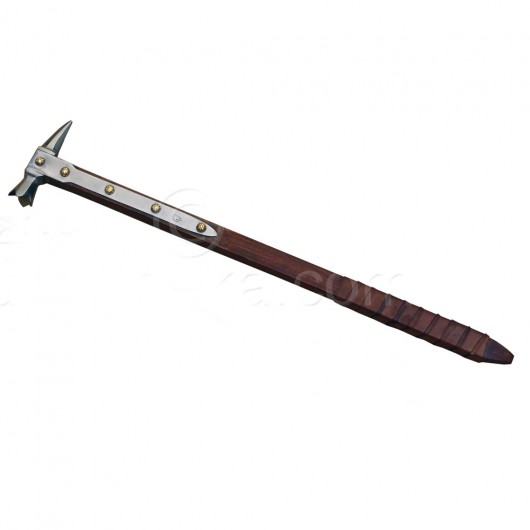 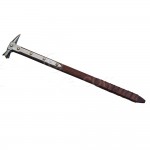 Price: $112.50 Prices, if shown, are suggested and indicative Retail price. They will vary in different countries and with different distributors. Please get in touch with your local distributor for correct pricing and current stock levels
SKU:AH4130

A war hammer is a weapon that was mainly used in the Medieval period for fighting close combats.It is named so since its design resembles a hammer.It has a handle and a head.It has a high thrusting capability.It is battle ready.

This 14th Century Italian War Hammer was made for armored opponents, possessing a hand-held size that packs a potent punch against any who stand in the way of its swing. War hammers particularly gained in popularity as armor evolved from the efficient and effective chainmail to the much more protective plate armor, mostly because while blades bounce off of plate, hammers and blunt force weapons tend do damage, regardless of armor penetration.
Based on a classic Italian design, this war hammer possesses an all hardwood haft, which is wrapped with leather binding around the lower edge, for a superior and comfortable grip to hold. The upper edge of the haft features an attached hammer head with long metal supports on the haft, which reinforces the design and allows it to take force and impact with greater durability. The hammer head itself features a small, ridged hammer poll, which concentrates impact on every swing, as well as a reversed spike poll on the other end, for back-swings that are capable of hooking and piercing. Justifiably a frightening weapon, this 14th Century Italian War Hammer is the near-perfect counter to plated armor, offering a smaller size for quick use with all the qualities that warriors tend to favor in a good, solid war hammer.