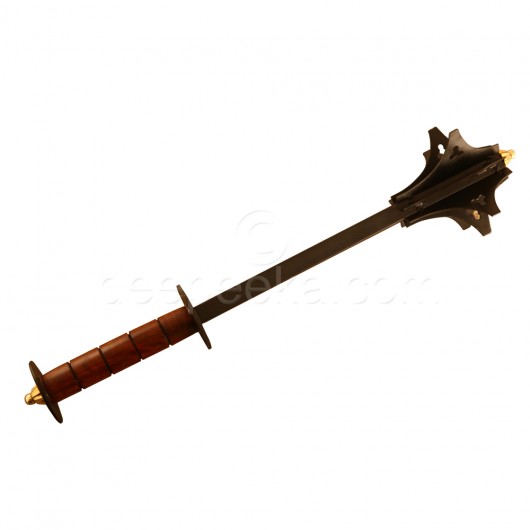 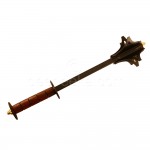 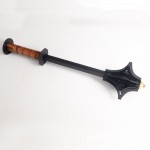 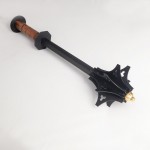 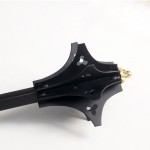 Price: $67.50 Prices, if shown, are suggested and indicative Retail price. They will vary in different countries and with different distributors. Please get in touch with your local distributor for correct pricing and current stock levels
SKU:AH6085

A Mace is a blunt weapon that was  was developed during the Upper Paleolithic by adding sharp spikes of flint or obsidian.A mace would easily penetrate into thick armour and was popularly used in the Middle Ages.It is completely battle ready and can be used for costume dressing also.

This mace was made to match the appearance of historical blunt weapons, while also featuring a rugged and hardy strength. Maces and bludgeons in general, were traumatic weapons that had a particular effectiveness against warriors, soldiers, and knights wearing heavy armor. This mace features a flanged head that consists of weighted end capped with several metal protrusions, the purpose of which was to dent, penetrate, and puncture armor. The mace-head is attached to a long shaft, which is attached to a grooved grip to ensure the strongest hold possible. The grip is flanked on either side by a metal disc, which keeps the hand in place, while a small brass decoration adorns the bottom of the mace.
The Flanged Battle Mace features a hollow square steel shaft with eight welded flanges making up the striking portion. Finished in black with hardwood grip and brass finals. A bit larger than many similar maces available, this version make quite the imposing weapon.

Material: Blade made of High Carbon steel. Not Tampered, Not sharpened.