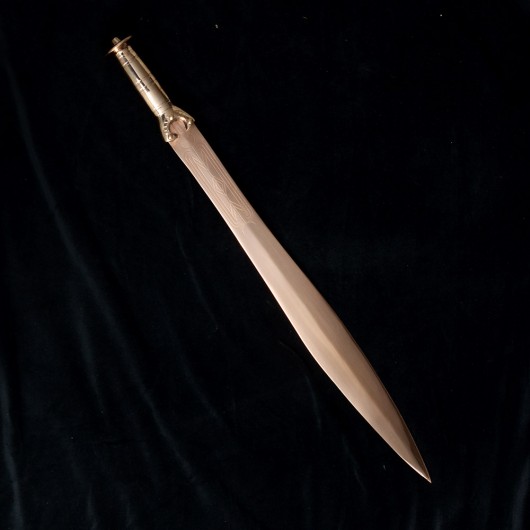 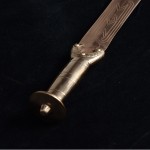 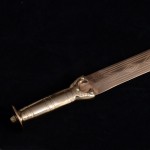 Price: $238.00 Prices, if shown, are suggested and indicative Retail price. They will vary in different countries and with different distributors. Please get in touch with your local distributor for correct pricing and current stock levels
SKU:AH2103N

With the spread of the La Tene culture at the 5th century BC, iron swords had completely replaced bronze all over Europe. These swords eventually evolved into, among others, the Roman gladius and spatha, and the Greek xiphos and the Germanic sword of the Roman Iron Age, which evolved into the Viking sword in the 8th century. There are two kinds of Celtic sword. The most common is the "long" sword, which usually has a stylised anthropomorphic hilt made from organic material, such as wood, bone, or horn. These swords also usually had an iron plate in front of the guard that was shaped to match the scabbard mouth. The second type is a "short" sword with either an abstract or a true anthropomorphic hilt of copper alloy.