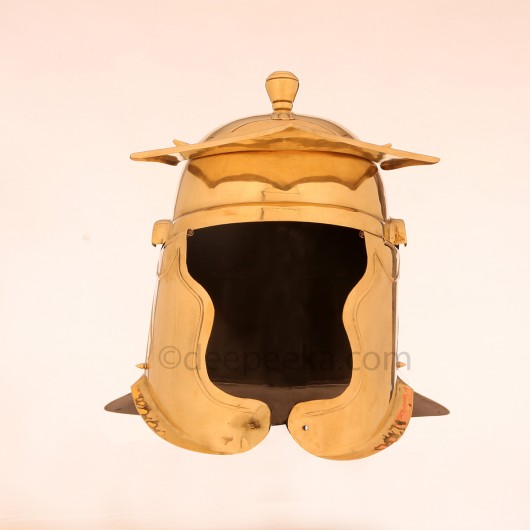 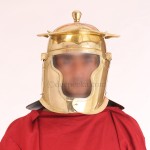 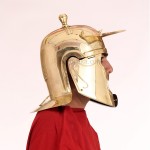 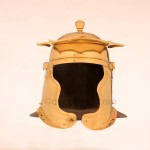 Price: $393.75 Prices, if shown, are suggested and indicative Retail price. They will vary in different countries and with different distributors. Please get in touch with your local distributor for correct pricing and current stock levels
SKU:AH6310N

The Buch Helmet is similar in style and pattern to a classic Roman helmet, although it does feature a few minor touches that give it a subtly different silhouette. Regardless of shape, though, this helmet is just as protective as other Roman helms.

The original helmet was found in Buch - Rheinau in Germany, so archeologists have named this type of helmet accordingly.

This Buch Roman Helmet is an example of roman cavalry helmet of the 3rd century. The Buch Helmet was named for its finding place, the Roman auxiliary cavalry fort of Buch, which was on the Limes Germanicus or Germanic Frontier. These Roman front lines divided the Roman Empire and the Germanic tribes from 83AD to 260AD.

Description: The helmet is made from quality metals, and features a polished finish that that gives it a gleaming metallic look. An added benefit of being slightly different from other Romans is that you will look decidedly unique in this Buch Helmet, as well as fairly intimidating as well.