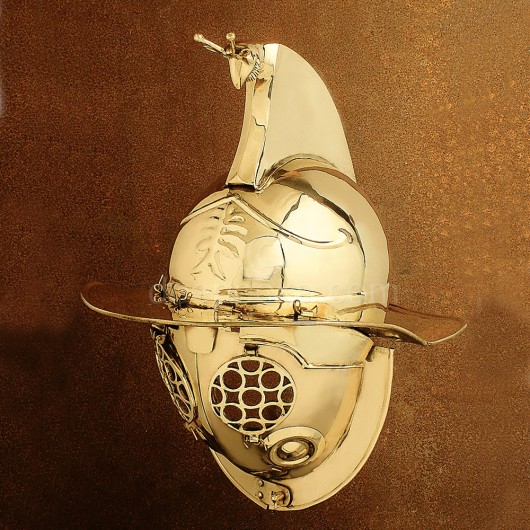 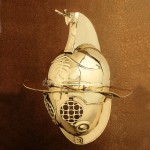 Price: $404.00 Prices, if shown, are suggested and indicative Retail price. They will vary in different countries and with different distributors. Please get in touch with your local distributor for correct pricing and current stock levels
SKU:AH6208B

The Thraex was a type of Roman gladiator, armed in the Thracian style with small rectangular or square shield called a parmula and a very short sword with a slightly curved blade called a sica, intended to aim an opponent's unarmoured back.
A common and popular Gladiator subtype, the Thraex was modeled after expansionist Rome’s encounters with their fierce Thracian foes who lived in modern day Bulgaria. Armed in the ‘’Thracian’’ manner with a small, usually rectangle ‘’parmula’’ shield, a curved sica sword and this encompassing helmet the Thraex gladiator was often paired against the heavy Murmillo gladiator who was styled after a Roman legionary. The Thraex was expected to use skill, guile and the wicked curve of his sword to get past the larger shield of his foe to land a blow. These requirements often made skillful Thraex gladiators among the most entertaining sports combatants of their day.