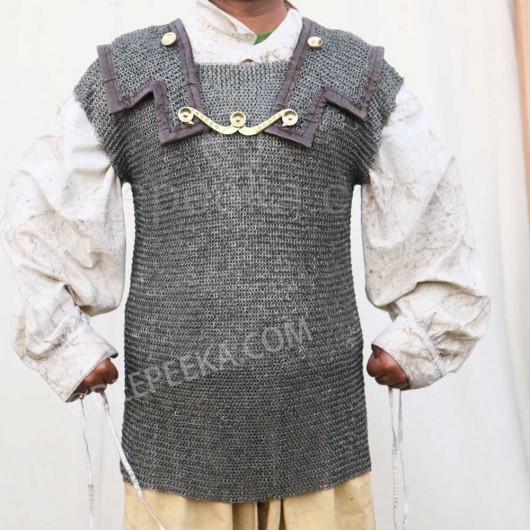 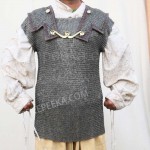 Price: $0.00 Prices, if shown, are suggested and indicative Retail price. They will vary in different countries and with different distributors. Please get in touch with your local distributor for correct pricing and current stock levels
SKU:AH6802

The Romans used mail shirts with and without shoulder doublet protection. Mail "Hamata" was generally worn by the Auxiliary troops, in the Empire Period; but legionaries also utilized it. Mail is particularly good as protection against slashing or blunt weapon attacks, but was not as effective as segmentata plate armor as a defense from arrows and stabbing weapons. It requires that a heavy fabric or leather arming gambison garment be worn behind it for maximum protection.

The lorica hamata is a type of mail armour used by soldiers of the Roman Republic and the Roman Empire. During the 1st century AD it was starting to be supplemented by lorica segmentata, but had been reintroduced as sole standard-issue armour by the 4th century AD. It was issued to both primary legionary and secondary auxiliary troops and was mostly manufactured out of iron rings.

Please get in touch with your local distributor for correct pricing and current stock levels.
Contact us!
Deepeeka © 2017 Deepeeka All rights reserved