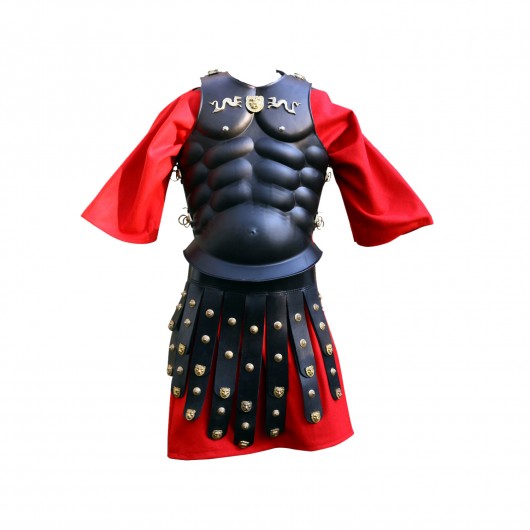 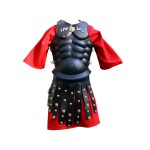 Price: $404.00 Prices, if shown, are suggested and indicative Retail price. They will vary in different countries and with different distributors. Please get in touch with your local distributor for correct pricing and current stock levels
SKU:AH6071R

This Royal Muscled cuirass with belt is styled after a heroic cuirass type of body armor cast to fit the wearer's torso and designed to mimic an idealized human physique.It has been accessorized with belt.

Descripion: This cuirass is designed in black with decorative elements and ornimented belt.