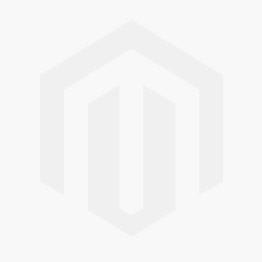 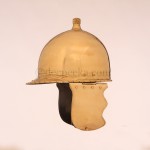 Price: $333.00 Prices, if shown, are suggested and indicative Retail price. They will vary in different countries and with different distributors. Please get in touch with your local distributor for correct pricing and current stock levels
SKU:AH6050N

This replica of the Republican Montefortino found in Arles, France. The Republican Montefortino were worn by legionaries in the Roman Republic. The Montefortino helmet was the standard helm of the Republican Roman Legionary and would have seen service with Caesar's legions. Made of brass with hinged cheek pieces.
These ranged from the 4th century BC to the 1st century AD. This is a great helmet for collectors, performers and Ren Fair enthusiasts! They normally have a plug-in plume holder on the crown of the helmet, which was conical in shape and in the earliest forms with a scalloped decoration on the plume holder.

Description: Montefortino helmets are generally characterized by a conical or round shape with a raised central knob, and a protruding neck guard as well as cheek plates to protect the sides of the head.