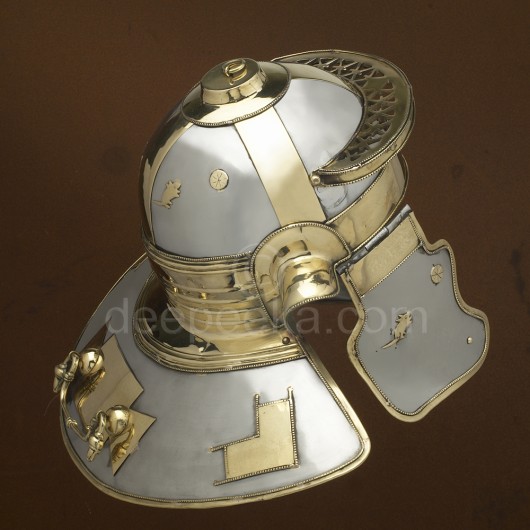 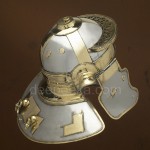 Price: $404.00 Prices, if shown, are suggested and indicative Retail price. They will vary in different countries and with different distributors. Please get in touch with your local distributor for correct pricing and current stock levels
SKU:AH6304N

Nider Mormter Helmet with Rat and Cheese design is similar to the all-brass Nider mormter Italic H, with functional and decorative brass appliqués rendered in a style quite similar to the earlier Italic D.
Our Imperial Italic 'H' (Neider Mormter) is a detailed replica of the original "AG 800" from the famous collection of Axel Guttman, which was auctioned several years ago. The original Nieder Mormter Italic 'H' was found in the Balkans, exact whereabouts unknown.

In reference to the ornamentation this helmet is also known as "mouse and bread loaf". The depiction of the bread loaf is known from an excavated bakery in Pompeji. The mouse or rat is a frequently used symbol found on lamps and knife handles.
This helmet is comprable to a similar find from Niedermörmter (Rhineland, Germany). In adaptation to the opponents and their weapons, the neck guard is expecially long compared to the earlier "Wiesenau" models.

Feature: Available in Brass and steel,Hand-made