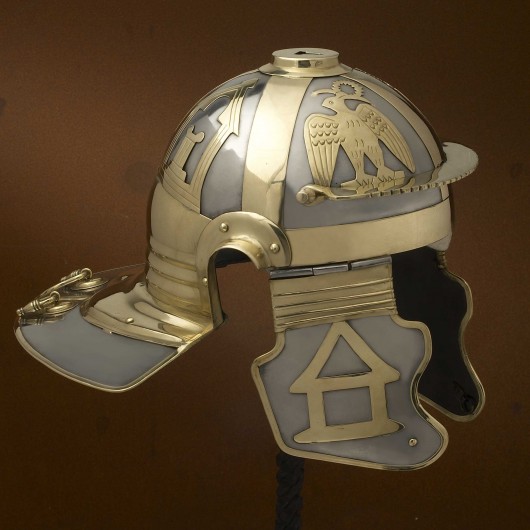 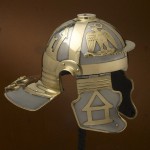 Price: $261.00 Prices, if shown, are suggested and indicative Retail price. They will vary in different countries and with different distributors. Please get in touch with your local distributor for correct pricing and current stock levels
SKU:AH6054N

This Roman Imperial Italic D Helmet is patterned after an original from the Rhine at Mainz, one the best-preserved Roman helmets to have survived. Robinson dated this helmet to the second half of the 1st century AD, but some experts believe that his dating is far too early. The congruence of this style with later helmets of the Italic series, such as the Italic G and H (Niedermörmter), suggests that it is at least from the early 2nd century AD. Others, including Dan Peterson, continue to support Robinson's earlier dating, so it may safely be used by re-enactors portraying either the first or second centuries AD

This well research Imperial Italic D type helmet incorporates an 18 gauge steel cranium with much brass furniture, such as decorative cross-bracing and symbols such as eagles, temples and altars on the cheek guards and the cranium. Hinged cheek flaps and embellished neck guard complete this hand crafted piece.

Inspiration: Patterned after an original from the Rhine at Mainz.