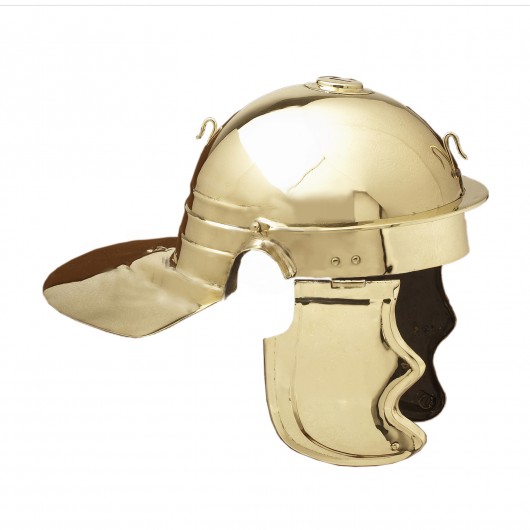 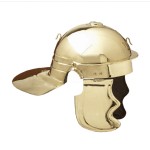 Price: $290.00 Prices, if shown, are suggested and indicative Retail price. They will vary in different countries and with different distributors. Please get in touch with your local distributor for correct pricing and current stock levels
SKU:AH6057B

Museum Quality Imperial Italic C type helmet made in the cupric alloy "orichulum" (brass) instead of iron. Simple, basic design and fittings, something of an "entry level" helmet for legionaries, with hinged cheek flaps. Well researched

Historical Period: The third quarter of the 1st century AD.

Inspiration: At least four examples have been found of this type, including one from Cremona, one from Kiel and another from the Po Valley. The example from Cremona seems securely dated to one of the two battles that took place near this city during the Year of the Four Emperors, AD 69