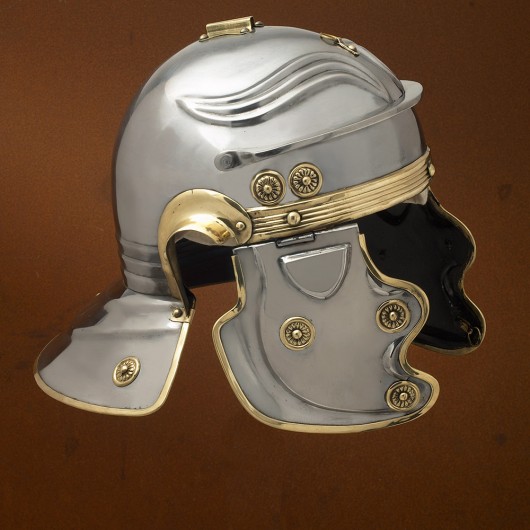 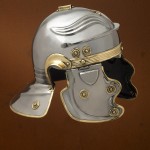 Price: $171.00 Prices, if shown, are suggested and indicative Retail price. They will vary in different countries and with different distributors. Please get in touch with your local distributor for correct pricing and current stock levels
SKU:AH6053N

This style of helmet was no doubt worn by Roman Legionaries during Julius Caesar's invasion of Britain and was worn by the soldiers that garrisoned Hadrian's Wall. Imperial Gallic 'H' 1st century authentic replica based on a helmet found in Augsburg, Germany.

This helmet is similar in design to the Gallic G, but features a different style of eyebrows and a more sloping neck guard. The most complete example of this type is from Lech, near Augsburg, Germany.

The Roman Gallic H Helmet is made of carbon steel with brass accents and crest attachment points.