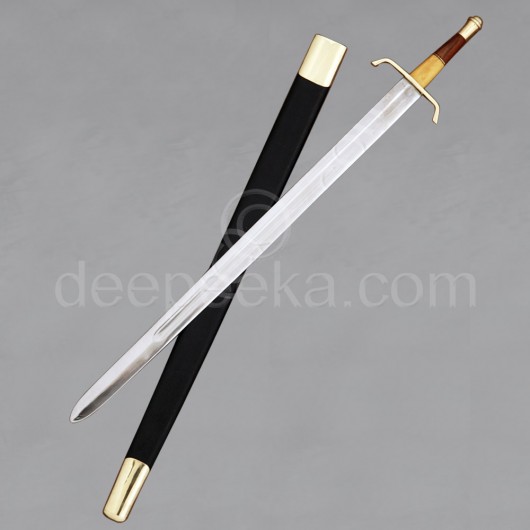 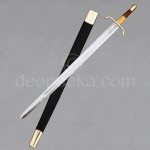 Price: $152.00 Prices, if shown, are suggested and indicative Retail price. They will vary in different countries and with different distributors. Please get in touch with your local distributor for correct pricing and current stock levels
SKU:AH3372N

The arming sword was the standard military sword of the medieval knight. The term came into use to differentiate the standard single handed sword from other recently developed types such as the war sword and great sword.Typically used with a shield or buckler, however there are many texts and pictures depicting effective arming sword combat without the benefit of a shield.

Description:According to Medieval texts, in the absence of a shield the empty (normally left) hand could be used for grabbing or grappling opponents. The arming sword was overall a light, versatile weapon capable of both cut and thrust combat, and normally boasted excellent balance.
After the longsword came to predominate, the arming sword was retained as a common sidearm but came to be referred to as a shortsword. Later evolving into the cut & thrust swords of the Renaissance. The arming sword (also sometimes called a knight's or knightly sword) is a type of European sword with a straight double edged blade of around 27 to 32 inches. In common use from the 11th to 16th centur

Material: Blade made of High Carbon steel. Not Tampered, not sharpened,Full Tang Blade